By Asia Citro Tuesday, June 9, 2015
© 2014 Asia Citro
Disclosure:  Discount School Supplies provided the beads and the elastic banding we used in this post at my request.

This activity is one that didn't make it into our new science book because I ran out of room, but it's so fun I decided to share with you all here (the book is 100% new content that hasn't been shared on the blog before).


Because the beads come in such large quantities (you can the ones we used here at Discount School Supply or another kind here on Amazon), I think they are fun to use with a group of kids.  I decided to make bracelets of 5 beads each using elastic cording for each of the kiddos in S's kindergarten class. 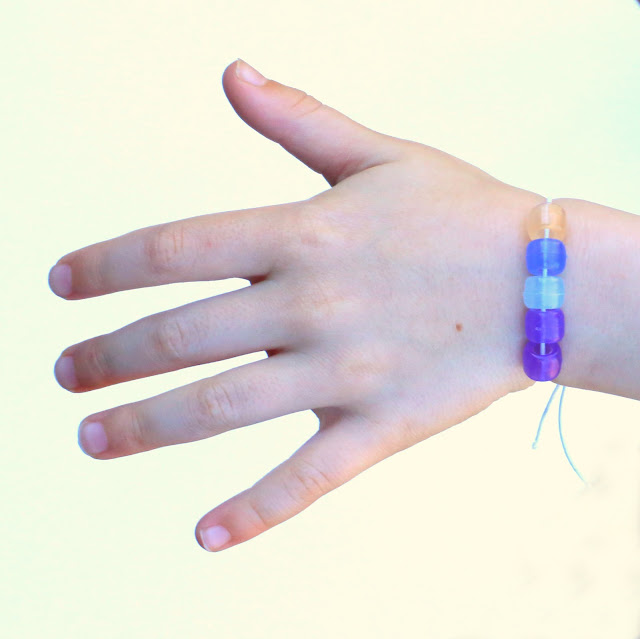 When the beads came, I sneakily removed all the labeling on the package, so S was just as much in the dark on the mystery as her classmates.  I started by showing the kids the beads, which looked like this: 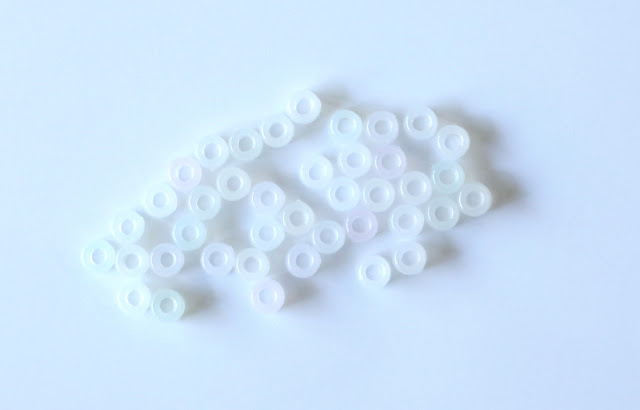 I told them I needed their help solving a science mystery.  These beads, even though they looked like they didn't have any color, were actually brightly colored beads.  There's only one thing that will make them change color - and I needed their help to figure out what that thing was.  I told them that it was likely going to take them a bit of experimenting to find out what exactly changes the beads, so my instructions were to wear the beads on the bracelets I'd made and try things out as they thought of them throughout the day.  I told them that part of science is trying to solve a problem many different ways and not all of them always work out.  They'd need to be patient to solve the mystery.

We also talked about how to figure out what exactly the one thing was that changed the beads.  I gave the example of hopping into the bath and having the beads change color.  I asked what might have changed the beads' color in that situation.  The kids suggested the following as possibilities:  water/getting wet, temperature (of bathwater), sunlight (from a window nearby), light (from the bathroom light), or no air (being underwater).  We talked about how just saying:  "the beads change when I jump in the bath" wasn't a complete answer, and that they'd need to do some more tests to be able to tell what *exactly* it was about jumping in the bathwater made the beads change.  For example, one child's idea was to test the beads in cups of different water temperatures to see if the water temperature did anything to the bead colors. 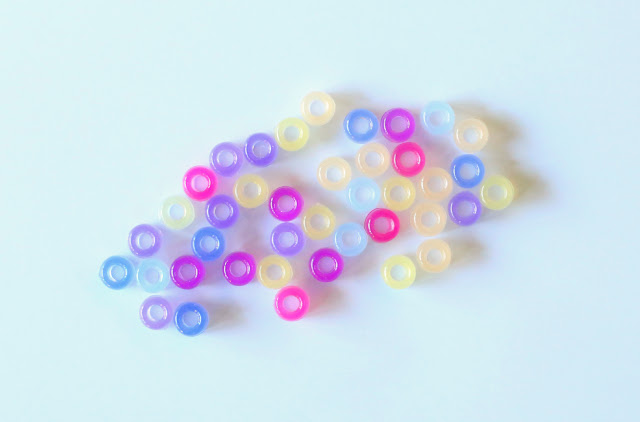 When the kids went out to recess, someone noticed their beads changing color.  The kids all grouped together and checked - and yes, everyone's beads were changing color.  They thought it might be something about being outside and S decided to test if it was sunlight by flipping the beads on top of her wrist, and then trying them under her wrist.  She found that on top of her wrist they were colored, but when she flipped them all to the bottom of her wrist so they were shaded from sunlight, they lost all their color.

It is, in fact, ultraviolet light (from the sun or from a blacklight) that changes the beads from colorless to colored.  The sun produces many different types of light.  The light we can see is called white light, but the sun also produces another kind of light, ultraviolet light, that we can't see.  Ultraviolet light is what causes you to get a sunburn if you are out in the summer sun for too long.

For even more science activities like this one, be sure to check out our new book - The Curious Kid's Science Book - available now for preorder worldwide.  :)